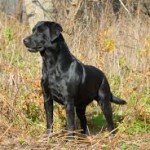 My dog is sneezing like crazy all of a sudden in fits and won’t stop- what’s going on?

Just like humans, a dog’s nose is very sensitive to irritation, often resulting in a violent sneezing fit to dislodge whatever is causing the discomfort. In the case of most dogs, especially in California, the foxtail is all too often the culprit.

Generally, the history is as follows: my dog was totally normal this morning, then we went for a walk/hike/camping and he’s all of a sudden sneezing repeatedly with or without some bloody discharge from one nostril. If I touch the side of his nose, that side crinkles up and sets off another sneezing fit! It won’t stop!

Grass seeds, foxtails or just about anything your dog can fit up that nostril can become lodged in the tender inner lining of the nose, causing irritation and subsequent sneezing fits.

Think about it- your dog’s sense of smell is exponentially better than your own; he literally sees the world through smell. That, unfortunately, puts his nose up close and personal with all sorts of debris that can become lodged in there with one ill-timed sniff.

Where Does the Foxtail Go?

The inner workings of your dog’s nose form an intricate maze of cartilage and bone called turbinates, offering an abundance of nooks and crannies for debris to lodge into.

The nose is somewhat protected by a thin layer of mucus, which traps dusty debris that is inhaled, while cushioning any pointy bits that may make their way inwards as well. Over time, this mucous may coat debris in the nose, and lessen the immediate irritation.

Roughly translated, this means that sometimes, if your dog stops sneezing profusely, they either sneezed out whatever was up there, or it’s just slightly cushioned but still present. If still present, it can shift at any time and cause your dog to start sneezing once more.

The problem becomes that once the initial sneezing has died down, the nose is often swollen and irritated inside, potentially hiding any debris lodged within.

How Do We Get It Out?

To remove the debris, your vet may recommend a procedure called rhinoscopy, which involves looking up the nose with a fiberoptic camera to find and, hopefully, retrieve any foreign objects within.

This is generally done under anesthesia, as your dog has clearly been demonstrating how sensitive the nose is to foreign objects- cameras included!

At times we’re lucky and the debris is easily located and removed; other times the nasal passage is so swollen that we can’t find anything, but can’t say with 100% certainty that there isn’t anything still up there.

The good news is that once removed, most dogs are back to their normal happy selves. Depending on the level of irritation, your vet may prescribe an anti-inflammatory or antibiotic on a case-by-case basis.

The chance of a successful removal of foxtails or other debris from the nose is greatly enhanced by prompt treatment as soon as you notice the sneezing starts- before the inflammation sets in.

As always, the best prescription is prevention; avoid areas with foxtails growing, especially in summer and fall when the seed heads are loose and remove debris from areas your dog frequents to reduce the chance of such an unfortunate encounter.

Please consult your veterinarian for further questions about foxtails and/or sneezing fits.

Tags: Dog | foxtail | sneezing | VMA Modesto
Posted in: Canine | VMA Modesto News
Previous: Flea Treatments Are Not Equal
Next: Lumps & Bumps- What is this mass on my dog?